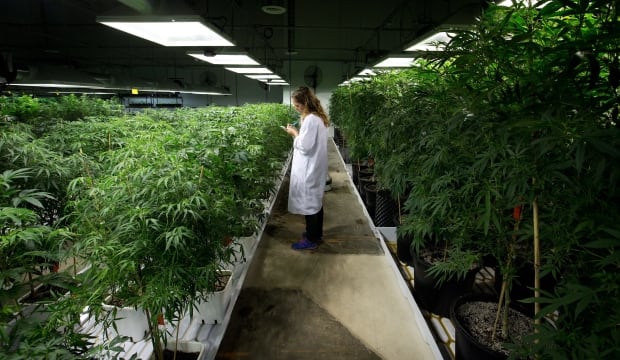 Medical cannabis sellers are in Vancouver this week hoping to catch a glimpse of what their future may hold in light of the looming federal legalization of recreational marijuana.

Workshops at the International Cannabis Business Conference that began Thursday and continue Friday include titles like “Safeguarding medical marijuana as legalization unfolds” and “The future of dispensaries in Canada.”

The medical marijuana industry has flourished in the past decade, dominated by federally illegal but municipally sanctioned dispensaries. These small businesses operate despite a federal dispensary system led by large-scale producers.

Both stand to lose or win big depending on how Ottawa rolls out legalization across the country this spring.

“I’m not sure how it’s going to play out, but it’s going to be a very challenging situation for a lot of people,” said Dana Larsen, a Vancouver-based dispensary owner and legalization advocate.

“I’m not very optimistic that they’re going to recommend integrating dispensaries into the legal system.”

Larsen is one of hundreds of industry experts attending the conference, with presenters running the gamut from international cannabis researchers to marijuana activist Tommy Chong, the Edmonton-born comedian, actor and musician who starred with Cheech Marin in the 1970s stoner movie Up In Smoke.

On the other side of the equation are the 30 or so federally licensed companies like Tilray that offer a highly regulated medicinal product through mail only.

“I really look forward to seeing what [the federal government] comes up with,” said Philippe Lucas, vice-president of patient research and advocacy at Tilray.

“It’s an unprecedented opportunity for investors and entrepreneurs to see a multibillion-dollar industry move above ground.”

Lucas says he expects full legalization will alleviate what’s left of the stigma surrounding cannabis use and increase his company’s potential client base.

ICYMI: National Academy of Sciences – Analysis of Evidence for Use of Cannabis

No bones about it: Cannabis may be used to treat fractures